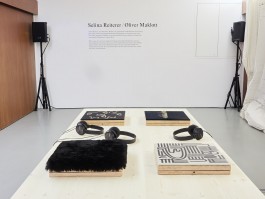 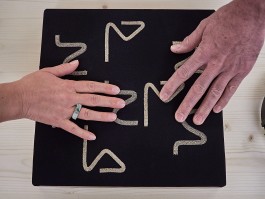 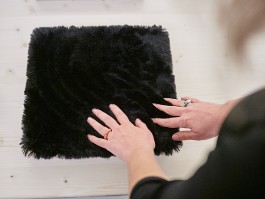 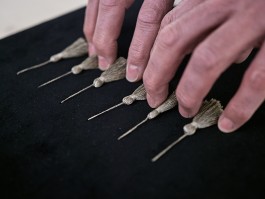 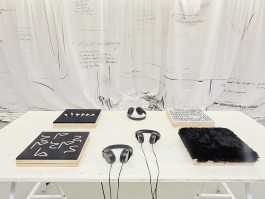 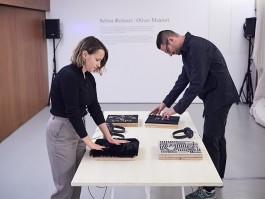 Smartphones have been a revolution not only to our daily lives but to our senses as well. Especially the visual sense is more and more loaded with impressions and screens. four6 is a series of four interactive objects that question this strong focus on the visual. It aims to debate on common methods of perceiving and operating a system. Connecting the tactile and haptic elements of textiles with electronics the objects create an unlike interface to virtuality.

Each object is triggering live sounds by touch, movement and rotation. Additionally they can be addressed by the instant messaging and voiceover service TELEGRAM. Voice messages can be sent to each element. These sounds are loaded automatically and are then available to the respective objects as sound sources.

In search of abstract forms to control a system Oliver Maklott and Selina Reiterer are combining their interest in handicraft, form and technology. In their eyes the extension to multiple sensory modalities in technological progression could enrich our futuristic visions.